The Power Of Dua In The Light Of Quran And Hadith

The Power Of Dua In The Light Of Quran And Hadith

Dua (pronounced Du‘ā) literally means a request, invocation or supplication. According to al-Khattābī, Dua is the asking of a servant for his Lord for help and for His continued support. It is a form of ‘Ibadah (worship) and Zikrullah (remembrance of Allah).

1. Dua Is A Reminder Of Allah’s Closeness To His Servants

“And when My slaves ask you (O Muhammad s.a.w.) concerning Me, then (answer them), I am indeed near (to them by My Knowledge). I respond to the invocations of the supplicant when he calls on Me (without any mediator or intercessor). So let them obey Me and believe in Me, so that they may be on the right path.” 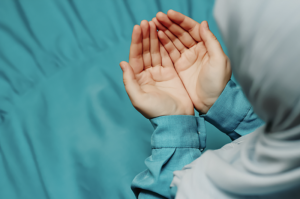 By making Dua, we admit that we, being His flawed servants, are in dire need of His help. Thus, admitting such dependency helps overcome pride and arrogance. The Prophet s.a.w. said,

“God will be angry with those who do not make requests from Him.”

Al-Mubārakfūrī—author of Tuhfat al-Aḥwazī, the explanation of the aḥadīth narrated by Tirmizi—said: It is because not asking (making Dua) is arrogance and an expression of self-sufficiency, and these attributes are not permissible for a servant.

3. Allah S.W.T. Will Answer Dua And Remove Difficulties Of Those In Distress

He says in the Qur’an,

“Is it not He Who responds to the distressed one, when he calls on Him, and Who removes the evil.”