The Difference Between RASOOL And NABI 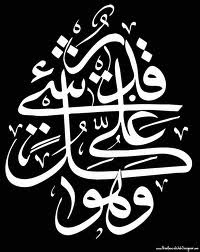 What is the difference between Rasool and Nabi ?

After knowing the terminological meanings of Rasul and Nabi, it is also important to understand the difference of these two great positions.

The Quran has used both the words, Nabi and Rasul, which shows that there were two kinds of messengers.

Some of the messengers were Nabi only.

Some messengers were both Nabi and Rasool.

The difference between Rasul and Nabi is that,

1: A Rasul was a messenger of Allah who was given a new Shariat (codes of law) from Him. And a Nabi was also the messenger of Allah, but he was not given any new Shariat and followed the shariat of earlier Rasul. Sheikh Mufid, a great scholar of Islam writes in his book, Awa’il al-Maqalat, “every messenger is a prophet [Nabi], but not every Prophet is a Rasul [Apostle]. All Rasules were Nabi but all Nabis were not Rasuls

3: The Rasul [Apostle] receives the message from Allah Taala in many different manners such as, vision during sleep, direct communication with angels when he is awake. i.e., he can see and speak to the angels during communication of Divine message. But the Nabi [prophet] differs from the Rasul in that he does not see the angels when

awake but sees during sleep.

4: The Rasul is higher in rank than a Nabi