The Hejaz Railway (also spelled Hedjaz) was a 1050mm gauge railway originally built to transport pilgrims from the city of Damascus in Syria to the city of Madina in Saudi Arabia. It was completed in 1908, but was severely damaged during the First World War (1914-1918) by Lawrence of Arabia and the Arab Revolt. Parts of the Hejaz Railway survived and some of the sections are still functioning today. 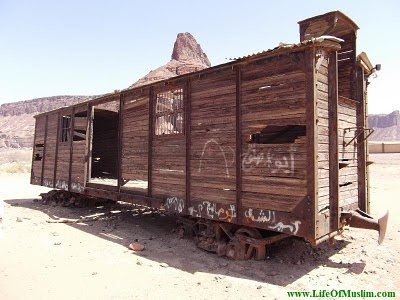 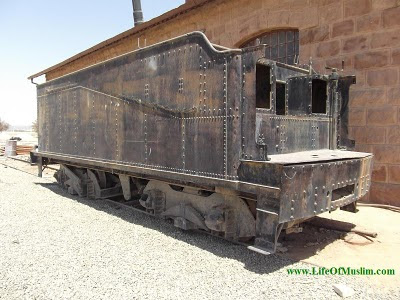 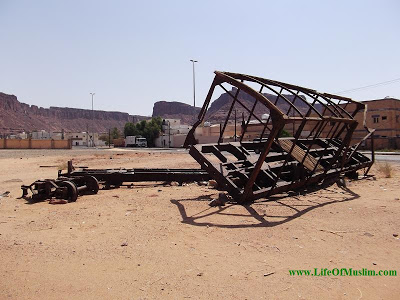 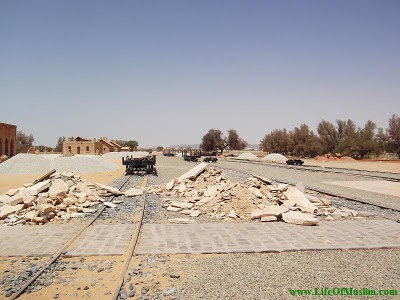 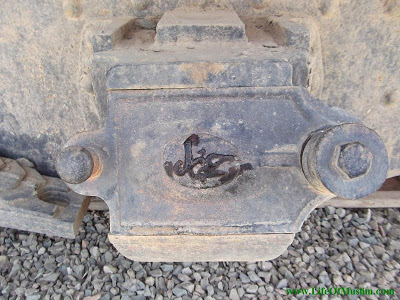 On June 5, 1916, the Hejaz railway line was cut by Lawrence of Arabia. This single-track line ran all the way to Madina, linking the Arab countries with Europe and following the Red Sea coast. It carried Muslim pilgrims to the holy cities of Mecca and Madina. Its quaint but attractive stations can still be seen today by curious travellers. It was built by the Turkish (Ottoman) Caliph Abdul Hammed-II. He gave 6,000 soldiers under the command of a German engineer to work day and night on the project which started in 1900 and was completed in 1908. The section from Baghdad, Aleppo, Damascus (Danishiq), Derra, Amman, Akaba, Madina and Mecca was given the name of the Hejaz railway. The other section from Baghdad, Constantinople and Berlin was the Berlin-Baghdad railway.

T.E. Lawrence, on an archaeological trip, had brushed by the German engineers at Carchemish while building the Berlin-Baghdad railway. And he was the man given the task by the British to prepare the Arab revolt against the Turkish overlords.

The British instigated Arabs to start their own national movement, which would be beneficial to them to weaken the Ottoman Empire. As in nationalist movements elsewhere, there was a revived interest in the past. Particularly in the distant time when Arab civilization was the greatest in the world. Societies to further Arab interests were formed of which the most influential was the young Arab society, Al-Fatah. The Arab nationalist movement was centred in Syria and the Lebanon, not in the Arabian peninsula, but at the suggestions of the British embassy in Constantinople, the Turks had appointed Hussain Ibn Ali as the grand sharif of Mecca. This Arab nationalism was carried into the lands of Arabia as Hussain and his four sons were Arab nationalists. Abdullah, who later became king of Jordan, was a member of a secret Arab revolutionary society and Faisal, the later king of Iraq, became a member of Al-Fatah.

The Hashmites were indeed a remarkable family of ambitious nationalists. In the spring of 1914, when Abdullah sought an interview with the famous British representative of Cairo, Kitchener of Khartoum, he had said: “If at anytime there is anything I can do for you, please let me know.” That help was called for in 1916, and came in the form of money and ammunition and, of course, Lawrence of Arabia.

The European powers were already intriguing in the Middle East, principally Britain with her imperial concerns and France with her long-standing connections with Syria. The Jews were ready to grab Palestine. With Turkey now at war, the best hope for the success for Britain and France lay in an immediate attack upon the Dardanelles through which lay the route to Istanbul, the Turkish capital. Churchill wanted an immediate attack on Gallipoli, as this plan would cut off the Hejaz railway running from Allepo to Madina — the threat to the Suez Canal and Egypt.

Allied forces must have had suffered heavy loss as their first attack was repulsed by the forces with causalities running as high as 200,000. Next came the severing of the Hejaz railway line by Lawrence of Arabia with the help of Arab guerrillas. Lawrence himself describes what happened in one such action in Sept 1917, at Mudawwara, north of Akaba: “At that moment, the engines, looking very big, rocked with screaming whistles into view round the bend. Behind them followed 10 box-wagons, with rifle-muzzles at the windows and doors, and in little sand-bag nests on the roofs. The Turks precariously held on to shoot at us. I had not thought of two engines, and on the moment decided to fire the charge under the second, so that however little the mine’s effect, the uninjured engine should not be able to drag the carriages away.

“Accordingly, when the “front” driver or the second engine was on the bridge, I raised my hand to Salem (Faisal’s best slave). There followed a terrific roar, and the line vanished from right behind a spouting column of black dust and smoke a hundred feet high and wide. Out of the darkness came chattering crashes and long, loud metallic clanging of ripped steel, with many lumps of iron and plate; one entire wheel of a locomotive whirled up suddenly and sailed musically over our heads to fall slowly and heavily into the desert behind. Except for the flight of these, there succeeded a deathly silence, with no cry of men or rifle shot. I ran down to the ruins to see what the mine had done. The bridge was gone; and into its gap was fallen the front wagon, which had been filled with the sick. The smash had killed all but three or four and had rolled the dead and dying into a bleeding heap against the splintered end.

“Our greatest object was to destroy locomotives and I had kept in my arms a box of gun-cotton with fuse and detonator ready fixed. I now put them in position on the outside cylinder. On the boiler would have been better, but the sizzling steam made me fear a general explosion which would sweep across my men (swarming like ants over the booty) with a blast of jagged fragments.”

Since then, many efforts had been made to repair and restart the Hejaz railway but all have failed. In 1938, the King of Saudi Arabia, Abdul Aziz Bin Saud, at the time of Haj, donated $25,000 in the hope that from year, the railway would start work, but the western companies deceived him. Then, in 1946, when Syria and Jordan won freedom, efforts were again made but to no avail.

In 1955, Shah Saud of Saudi Arabia contracted a New York firm, Irex, but the contract failed. Again, a 12-member committee was formed which gave the contract to a Poland firm which brought in pro-Israel Jews who indulged in subversive activities and were turned out by the Saudi Government. During 1967 and the Arab-Israel war, the Hejaz railway line and its bridges were again damaged.