This world is like as – A true reality of life 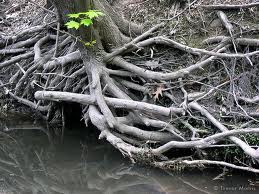 A man goes to forest, he realizes that a lion is following him, He runs and runs, when he tries, he views a hole, he want to jump in that hole in order to escape his life but there is a dragon in that hole. Meanwhile he holds a branch and climbs up the tree there he examines two rats, one white and one black, are cutting the root of the tree, slowly and constantly.

He gets much worried that the tree would be down in some time and I would be fall to lion and dragon.

Suddenly he looks a hive full of honey, he gets so busy to eat and gain honey that totally forgets the fear of lion and rate and snake.

Meanwhile root of the tree was cut and he fells to lion who threw him into hole where the dragon swallowed him.

Hazrat Room (RA) explains that ;
– Jungle is this world;
– Lion is death who is behind man;
– Hole is grave who is in front and dragon represents evil deeds who would punish in grave;
– Rats are day and night who are reducing the life every day;
– Tree is life and;
– Hive of honey is wordily attractions which make man’s eye close of death and hereafter matters and death snatches at once, at its fixed time.