t was narrated that Abu Umamah said: The Messenger of Allah (peace and blessings be upon him) said: “Whoever recites Ayat Al-Kursi immediately after each prescribed Prayer, there will be nothing standing between him and his entering Paradise except death.”

It protects one’s self, property and home from the shayatin (devils) and brings one relief from difficulties.

• The believer who recites it following an obligatory salah is under the Care and Protection of Allah until the commencement of the next prayer.

Another reason why this verse is considered as the Prophet called it ‘Master of all ayahs’ because it includes the Ism Al-Aza’am which means The Greatest Name or Quality of Allah which is Al Hayyul Qayyum which means Everliving, the Self-subsisting by Whom all subsist. This name He has taught His creation to invoke Him by as He says…(Al Quran 17:10) …Call on God, or on the Lord of Mercy- whatever names you call Him, the best names belong to Him 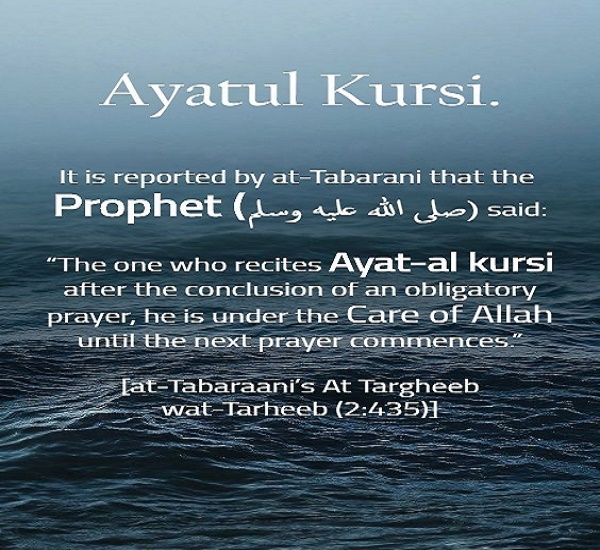