Proud College Girls and their Professor: What a Beautiful Lesson 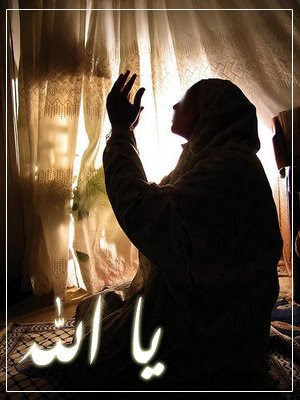 In an elite society there was a girl’s college. And as you know usually institutes of rich kids have plenty of out-of-control kind of kids. Similarly there they had a class of highly disrespectful girls in this college also.

This class (of relatively ignorant girls) was assigned to a very kind and intelligent senior scholar Dr.Yahya whom ALLAH had blessed with great wisdom and Islamic knowledge. Before he came to the class on 1st day the of the year, Zara [the most heedless girl in the class] started to mock at his beard that today a wizard is coming to our class, he’ll teach us magic and bring a lot of rabbits and bla bla bla etc. And all girls in the class room were laughing as heartily as if they had heard the most hilarious jokes of their lives.

When Dr.Yahya came to the class, girls settled down a little. Zara was yet 5 rows away from her seat standing next to her best friend Kiran (who was the 2nd most disobedient girl on the class after Zara). Dr Yahya said to Zara “Beta before you sit, can you please bring me a glass of water ?”. Zara felt brightened by this opportunity to do something noticeable and she brought the glass almost empty with very less quantity of water in it and raised it towards Dr.Yahya in fornt of the whole class with an evil grin
under her lips.

Dr. Yahya said “Wait a minute please” and said to the class. “How much do you think this water weighs?”
’50gm!’ …. Kiran said out loud very mischievously….
Professor said “No, Girl…!!! Liquids are always in Ltrs or mili Ltrs not in grams”. And the whole class laughed at Kiran, which was exactly the thing Kiran wanted to do to Professor. Kiran’s ego was now shattered in single second and whole class was now 100% attentive towards Prof. Yahya.

Then Professor turned towards Zara who was still holding her hand raised towards Professor. From the inside she had started to feel insulted already by waiting for Professor to take the glass. But now when she saw how easily Prof Yahya overturned Kiran’s ego-full response, Zara’s inner statue of pride started to melt down with a lot of nervousness.

Professor then nicely asked her, “Beta what would happen If You keep holding it up like this for a few more minutes?”
Starting to realize that she don’t have any more room for mischievousness Zara confusingly replied “Umm Nothing…. Sir”

‘Ok what would happen if You hold it up like this for an hour?’ the professor asked.
‘My arm would begin to ache’ said she.

“You’re right, now what would happen if You held it for a day?”
“My arm could go numb; i might have severe muscle stress & paralysis & will have to go to hospital for sure!”
Zara said.
Whole class laughed …
And the prejudice inside Sara had now been completely withered, never was she embarrassed in front of the class before, she was the one making teachers the object of ridicule since ever, first this was the time when she felt shame and humbleness, she just wanted to cry out loud. But the show was not over yet…!!!

You are right Zara, and class please focus now this is serious” said the Professor

“During all this, did the weight of the glass change?” asked the professor.
‘No’…. Was the answer.
“
Then what caused the arm ache & the muscle stress?”
She was puzzled ashamed and blushing.

“What would you do now to come out of pain?”
asked professor again.

Eyes of the rich and (previously) careless girls in the class were bulging out with suspense their minds had never been rattled in this way before, Every single one of them was like waking up from the dreadful sleep of ignorance, Their exoskeletons of pride were abolished, the envelopes covering their hearts were opened. It was only now these girls were feeling humbleness in their hearts and tears in their eyelids.

Hold them up for a few minutes & they seem NO PROBLEM
.
Keep doing them for a long time & they begin to bring ache.

Hold it even longer &
they begin to paralyze you then You will not be able to recover them.

It’s important to think of your self-respect in your life,
but EVEN MORE IMPORTANT is to
‘PUT the EGO DOWN for this LIFE as well as for the AFTERLIFE’

That way, you are not stressed,
you wake up every day fresh & strong & can handle any issue, any challenge that comes your way!

Remember: ‘PUT THE GLASS DOWN TODAY!’
And trust ALLAH Subhana wa Ta’ala. HE will take care of the rest 🙂

By the time Professor finished the concluding remarks, Almost all of girls were having their tears floating in their eyes. And a continuous sound of nose cleaning was arising from every corner of the class due to the uncontrolled emotional tears.

Zara was leading the class but this time not in insulting the teacher but in the stream of tears. She realized how fragile her sarcasm had always been.

As far as the girls in the class are concerned, they felt highly motivated and impressed by the power of good behavior added with wisdom of their Professor Yahya. They became one of the most loyal class of Prof. Yahya and by the end of the year, almost all of the girls of that class were teaching their families and friends the tips to improve their behaviors. ALHAMDULILAH

And by the Mercy of Allah, you dealt with them gently. And had you been severe and harsh-hearted, they would have broken away from about you; so pass over (their faults), and ask (Allah’s) Forgiveness for them; and consult them in the affairs. Then when you have taken a decision, put your trust in Allah, certainly, Allah loves those who put their trust (in Him). ( سورة آل عمران , Aal-e-Imran, 3:159)

Narrated Al-Bara’ bin ‘Azib: Allah’s Apostle(pbuh) said, “O so-and-so, whenever you go to your bed (for sleeping) say, ‘O Allah! I have surrendered myself over to you and have turned my face towards You, and leave all my affairs to You and depend on You and put my trust in You expecting Your reward and fearing Your punishment. There is neither fleeing from You nor refuge but with You. I believe in the Book (Qur’an) which You have revealed and in Your Prophet (Pbuh) whom You have sent.’ If you then die on that night, then you will die as a Muslim, and if you wake alive in the morning then you will receive the reward.”
(Sahih Bukhari See Hadith No. 323, Vol. 8) (Book #93, Hadith #580)

And Abu Hatim (Ibn Hibban) said:
‘The most virtuous person is the one who is humble despite being of high rank, who is ascetic despite having the capabilities and who forgives despite having power. A person doesn’t abandon humbleness except that he is at the door of arrogance and a person is never arrogant towards others except that he is someone who’s become amazed at his own self. I have never seen anybody prove arrogant over others except that Allah punishes him by subjecting him to humiliation under those who are above him.’

Professor Yahya thus taught a life-changing lesson to the whole class in just a few minutes with not even a single harsh word. He was remembering the ayah in his heart that “Invite (all) to the Way of thy Lord with wisdom and beautiful preaching; and argue with them in ways that are best and most gracious.” Noble Qur’ân 16:125