All perfect praise be to Allah, The Lord of the Worlds. I testify that there is none worthy of worship except Allah, and that Muhammad (صلی اللہ علیہ وسلم) is His slave and Messenger.

A Muslim should be thankful to Allah for His great blessings upon him as He is Who guided him to the right path. So he should keep on supplicating Allah to make him steadfast on this path which is the path of blessed people and to keep him away from the path of those who deserve His anger and of those who went astray.

The disbelievers spare no efforts to draw the Muslims away from the straight path and to cut their relation with their true religion. Allah says (what means): {Many of the people of the Scripture (Jews and Christians) wish that if they could turn you away as disbelievers after you have believed, out of envy from their ownselves, even, after the truth (that Muhammad (صلی اللہ علیہ وسلم) is Allaah’s Messenger) has become manifest unto them. But forgive and overlook, till Allah brings His command. Verily, Allaah is able to do all things.} [Qur’an 2:109].

We the Muslims are proud of our religion that was revealed to us by Allah and are thankful that Allah has chosen us for his religion. Allah says (what means): {… This day, I have perfected your religion for you, completed My favour upon you, and have chosen for you Islam as your religion. …} [Qur’an 5:3].

The non Muslims’ celebrations such as the second millennium, Christmas Day, etc. are among the falsehoods that a Muslim should avoid. Allaah says (what means): {And those who do not bear witness to falsehood, and if they pass by some evil play or evil talk, they pass by it with dignity.} [Qur’an 25:72]. Many scholars of Qur’an like Ibn Seereen and Mujaahid interpret “falsehood” as the festivals of the disbelievers.

However, participating in the festivals of non-Muslims is a kind of cooperation in the disobedience of Allaah. Allaah says (what means): {…Help you one another in Al-Birr and At-Taqwa (virtue, righteousness and piety); but do not help one another in sin and transgression….} [Qur’an 5:2]. A person came to the Prophet (صلی اللہ علیہ وسلم) and said: “I have taken a vow to sacrifice a camel at Buwaanah. The Prophet
(صلی اللہ علیہ وسلم)  asked: “Did the place contain any idol worshipped in pre-Islamic times? They (the people) said: “No”. He asked: “Was any pre-Islamic festival observed there?” They replied: “No”. The Prophet (صلی اللہ علیہ وسلم)  said: “Fulfil your vow, for a vow to do an act of disobedience to Allah must not be fulfilled, neither must one do something over which a human being has no control.”

No doubt celebrating such feasts is actually imitating disbelievers. The companion of the Prophet Abdullaah Ibn Amr Ibn al-‘Aas said: “Whoever celebrates the Persian New Year’s Day or their carnival and imitates them till his death he will be resurrected with them on the Day of Judgment.” The Prophet said: “Whoever imitates a nation is but one of them.” [Abu Daawood]

Moreover, no Muslim is allowed to congratulate non-Muslims on their festival celebrations. Imaam Ibn Al-Qayyim reported the consensus of all scholars that greeting non-Muslims on their religious occasions is forbidden. He said: “As for congratulating the disbelievers for their rituals, it is forbidden according to the agreement of all scholars- like: congratulating them for their feasts and fast by expressing good wishes: happy feast or enjoy your feast… etc. If the Muslim who says this does not become a disbeliever himself, he, at least, commits a sin as this is the same as congratulating him for his belief in the trinity, which is a greater sin and much more disliked by Almighty Allaah than congratulating him for drinking alcohol or killing a soul or committing fornication or adultery…etc.”

In a word, congratulating non Muslims for their feasts is synonymous of accepting their wrongdoing and disbelief in Allaah. Is there a greater disbelief than attributing a son to Allaah or saying that ‘Eesaa (Jesus) is Allaah or that Allaah is the third of three “gods”? So, any Muslim who congratulates a person for a sin, an innovation or an act of disbelief has exposed himself to the hatred and anger of Almighty Allaah.

Finally, if the non Muslims congratulate us for our feasts, we do not congratulate them for their feasts as we are on the right path and they are not. Allaah says (what means): {And whoever seeks a religion other than Islam, it will never be accepted of him and in the Hereafter he will be one of the losers.} [Qur’an 2:85]

Fatwa answered by: The Fatwa Center at Islamweb 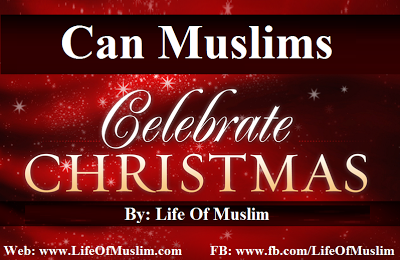