Can you hug and kiss your wife while fasting ? 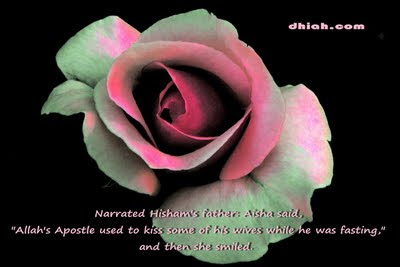 It has been reported through various ahadith that Prophet Muhammad [PBUH] did hug and kiss his wife while fasting.

‘Aisha رضی اللہ عنھا reported: Allah’s Messenger ﷺ used to kiss (his wives) while fasting and embraced (them) while fasting; but he had the greatest mastery over his desire among you. – [Muslim Book 6, #2439]

It is important to note that he had much control over his sexual desires. A man who fears that hugging or kissing his wife would cause him to lose control and cross the boundaries set by Allah (swt) for fasting, should not hug or kiss his wife at all. Although if a person has no fear of being aroused in a sexual way when he hugs or kisses his wife then it is permissible for him to do such.

Narated By ‘Aisha رضی اللہ عنھا: The Prophet [PBUH] used to kiss and embrace (his wives) while he was fasting, and he had more power to control his desires than any of you. Said Jabir, “The person who gets discharge after casting a look (on his wife) should complete his fast.” – [Bukhari Vol.3, Book 31, #149]

However, you cannot kiss your wife where the saliva exchanges. That will invalidate the fast.

Some quote the following hadith as evidence to say exchange of saliva does not invalidate the fast:

Narrated ‘Ayesha رضی اللہ عنھا, The Prophet [PBUH] used to kiss her when he was fasting and he would suck her tongue – [Abu Dawood Book 13, #2380]

There is strict kalam on this hadith. The narrator Muhammad bin Deenar has been severely criticized and has been classified by some, including Ibn Ma’een and Dar Qutni as ‘matrookul hadith’ and ‘da’eef’. Imam Nasai has stated that the last statement is only found in the hadith of Muhammad bin Deenar. Another narrator in the hadith, Sa’ad bin Aws al-‘Abdi is also criticized and has transmitted other wrong narrations as well. Ibn Ma’een has classified him as ‘da’eef’. (al-Fadhlul Ma’bud Sharh Sunan Abi Dawood vol.3, Kitab as-Saum pg. 553)

To base any ruling on a hadith with such a weak health is incorrect. Even if for argument’s sake one says that this hadith is sound, even so, to conclude that it is permissible to swallow the saliva of the wife which is transmitted by kissing is incorrect. This is due to the fact that the hadith remains silent on whether this saliva was spat from the mouth or swallowed. Thus, even by accepting this hadith to be sound, the ruling of swallowing saliva cannot be established.

A third answer is given, as stated in al-Durr al-Mandud Sahrh Sunan Abi Dawood, vol.4 pg 216, the “و” after ‘wa huwa saa’imun’ is not “‘aatifah” but is “Ist’nafiyah” in which case it will be a completely new statement and will not be linked to “and he was fasting”.

Swallowing someone else’s saliva invalidates the fast and thus such a kiss would not be permissible.

One thought on “Can you hug and kiss your wife while fasting ?”